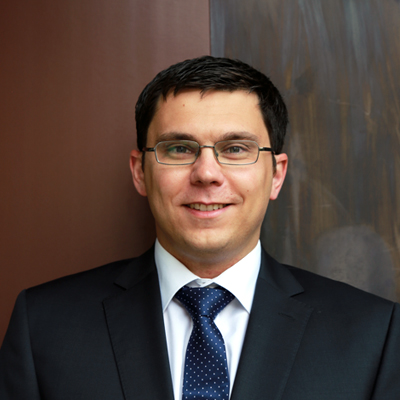 Gabor began his patent career in 2011 with Grund IP Group as a patent attorney candidate. Gabor has been practicing as a European Patent Attorney since 2014 and as a German Patent Attorney since 2015. He is developing into a formidable force in both ex parte and inter partes proceedings before the European Patent Office, in particular, in the technical areas of biochemistry, organic chemistry, immunology, cellular biology, virology, microbiology, molecular biology, biochemical methods and diagnostics, pharmaceutical sciences and related medical devices in the mechanical arts.

Prior to embarking on a legal career, Gabor was an accomplished scientist who was awarded an internship at the Max Planck Institute for Biochemistry (Martinsried, Germany), and a scholarship from the Bavarian Government for Gifted Students in recognition of his outstanding academic achievements during the course of his graduate studies.